WrightGrid, a company that is part of local Somerville incubator Greentown Labs, is attempting to grow their operations as a startup company. Their core market is providing solar powered cellphone charging stations that can be deployed in remote areas without a well-developed electric infrastructure (You can see a couple photos of their charging stations in this segment on Greentown Labs).

One of the key challenges they are currently facing is thinking about the type of investment they want to make in production capabilities as they consider graduating. This raising an interesting question from an Operations Strategy standpoint for startups. Does it make sense to keep your operations small so you can do small batches or do you invest in larger production capabilities to increase batch size? While small batches have traditionally been viewed as “inefficient,” this could also give WrightGrid the opportunity to iterate multiple times on an order to improve the process. For example, if a company asked for 1,000 units and WrightGrid had to make them in batches of 100, it would give them 10 iterations to improve their process. On the other hand, in today’s market place with supply chains having to respond faster than ever, it could diminish their ability to meet the needs of clients and therefore keep them out of growing their client base.

This is especially challenging for a startup as they must rely on scarce resources to make an investment like this. One other consideration is to consider whether those resources would be better spent on some other aspect of the company. Making the Wright (or right) decision will certainly be important to getting them on the national Grid (or stage.)

Luxe is a valet parking service provider that offers a cheaper parking solution on demand in big cities. How it works is as follow: A driver tells where she is going through the Luxe app when she gets into the car, then the system tracks the driver using GPS on her phone and gives the information to available agents so that one of the agents meets her at the destination just in time. In short, Luxe’s business model is basically to uberize the valet parking service in big cities. Although this uberizing business model has been attractive to many investors, it faces various operational challenges as a startup to become the next Uber. One of the main challenges is how to manage its capacity flexibilities. Flexible capacity allocation in terms of geography and time is required to provide timely service to customers – how many agents should be allocated in a certain time and location. However, as a startup firm that has limited reputation and resource, it is not always easy to secure a certain level of capacity without additional expenses. As efforts to deal with this challenge, Luxe has implemented surging pricing, just as Uber did, to increase the agents’ discretionary participation in the peak time. Yet, this pricing policy is not enough, particularly for a startup, to secure a certain capacity level when the demand is very high, so the firm also decided to hire full-time agents as employees whose capacity it actually can control.

However, could the buildup these two flexibilities to address the demand management create an investment tradeoff, especially early in the life of a startup like Luxe? There is another angle that is unique to the underlying startup problem: growth and its link to firm valuation. Luxe, for instance acquired $20M in new funding in 2015 to invest making on-demand valet service available in other cities around the U.S. Does such a startup scaling strategy (across multiple geographies) exacerbate demand uncertainty, and in turn make the ability to manage of multiple flexibilities a central issue in establishing successful shared economy startups? 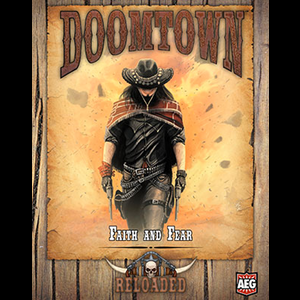 As a designer for Doomtown Reloaded, an expandable card game, I constantly think about how the environment for players will change with the addition of new cards. Since releasing the core set (picture to the right) of cards back in September of 2014, we have released expansion packs (an example is to the left) that give players new options to construct decks and play with each other. For a designer, maximizing the diversity of decks is key to keeping the environment fresh and fun. However, there is a trade-off to consider regarding the pace of adding new cards. If we release cards too slowly, the dominate decks can kill off weaker decks and cause the environment to go stale. If we release cards too quickly though, players get frustrated due to the difficulty of keeping up with a rapid rate of change. Thus, we seek to release expansions at a measured pace which makes supplier selection key.

Nearly all card games that are sold in America, are manufactured in China. (Here is a link if you want to see the process in action! https://youtu.be/bug0LTUEN9Y.) Printing literally 10,000’s of cards per set is a time consuming affair and trans-Pacific delivery only increases the amount of time it takes to bring a set to market. On average, we need to give suppliers a minimum of 6 months before the intended release date. This can mean that we may have 3 or 4 sets that are finalized (and cannot be altered) that are not in the hands of the players. However, this causes a conundrum for me as a designer in regards to the environment.

It is a common occurrence that the environment does not evolve as designers intend. While we do internal testing to mitigate this, the fact is that we will at best, have ~0.1% of the active population testing any given set before its world wide release. It’s nearly guaranteed that “surprises” will occur. However our ability to address those surprises is hampered by lead times, as we need to design cards 6 months in advance. Another way to think about it is that we have a 6 month lag of implementation to address problems we can barely predict. This means that your supplier, a printer, plays a pivotal role in your operational ability to control the card game environment. This also raises some questions to be explored by operations.

For example, what is the price you should be willing to pay to accelerate service and reduce lead time? Should we still continue to outsource from China, and/or perhaps develop some local capacity that can reduce lead time in certain situations? Are there better methods of testing the current cycle of cards that can help minimize surprises? What are the risks of reducing lead times (such as a higher probability of delays) and are they worth it?

The U.S. Department of Energy has followed a strategy of becoming a catalyst for the development of transformational technologies (a.k.a. 10X technologies – where the delivered technical or cost performance of a component technology is nearly an order of magnitude superior to the conventional solutions) through its ARPA-E program.  Since 2009 ARPA-E has invested approximately $1.3 billion in more than 475 projects through 30 focused programs and three batches of open solicitations.

A bulk of these awards have gone to universities (41%) and small businesses (32%). The types of technologies ranged over a gamut of alternatives from electricity generation, storage and grid to biofuels. For instance, the Transportation Energy Resources from Renewable Agriculture (TERRA) related robotics projects seek to reduce the current cycle time from 8 Hours to minutes, while increasing the resolution from 1M to 1cm. A transition of these technologies into commercialization is now underway: 45 ARPA-E projects have attracted more than $1.25 billion in private sector follow-on funding; 36 projects have formed new companies to commercialize their technologies and 60 projects have partnered with other parts of DOE or other government agencies to further advance their technologies.

We have analyzed design and market risks for the earliest generation of projects (Erzurumlu Davies and Joglekar 2014 *) and observed that the funding process had rewarded proposals startup firms that exhibited deployment feasibility while discounting the effort to focus on product markets. In order to illustrate this point, it’s worth examining one of the awardees (FastCap Systems – see http://www.fastcapsystems.com/about-us/). In 2010, their technology development began with a novel ultracapacitor technology for powering electrified drivetrain vehicles. Since then FastCap has focused on technology growth and broken four performance records related to the power and energy density of its cells. It has also “gone on to achieve an additional world record related to its work in geothermal energy system development.” The initial public disclosures within the ARPA-E application focused on 10X technical growth goal, and did not specify targeted product markets. Today, FastCap’s website identifies aerospace and energy exploration as its target markets.

In such cases, initial operational excellence (aimed at technology push) has been followed by market pull.  Such a trend is counter to conventional wisdom in the technology commercialization literature.  Some ARPA-E firms seem to have traded off rapid technological growth with uncertain market focus. Are 10X technologies to be managed by a different norm when it comes to their commercialization?

*Related paper is available at:  http://ieeexplore.ieee.org/stamp/stamp.jsp?tp=&arnumber=6750724

A startup often challenges even when it makes a decision on its supplier selection. Having an established and experienced supplier like Samsung would be the best scenario, but often that’s not the case for most due to the huge market uncertainty.

Healcerion, which develops a portable ultrasound device (picture above), has faced similar problems. Its main concern is the quality level for both ultrasound and wireless imaging in order to get approved as a medical device. Of course, it tried a big and experienced supplier (A). Unfortunately, those (A) suppliers, who work with the big players like GE or Phillips, were not interested in Healcerion because of the small order quantity. As an alternative, Heacerion decided to work with a supplier (B) that is less experienced but willing to help on its technological performance. Although the supplier (B) doesn’t have as much reputation or experience as the (A) suppliers, it provides the performance experimentation that allows the device to improve to get FDA approval and eventually realizes the market. Healcerion and the supplier (B) currently are collaborating for a win-win game. Now the question is, what should the supplier (B) do to insure this relationship even after Heacerion grows?